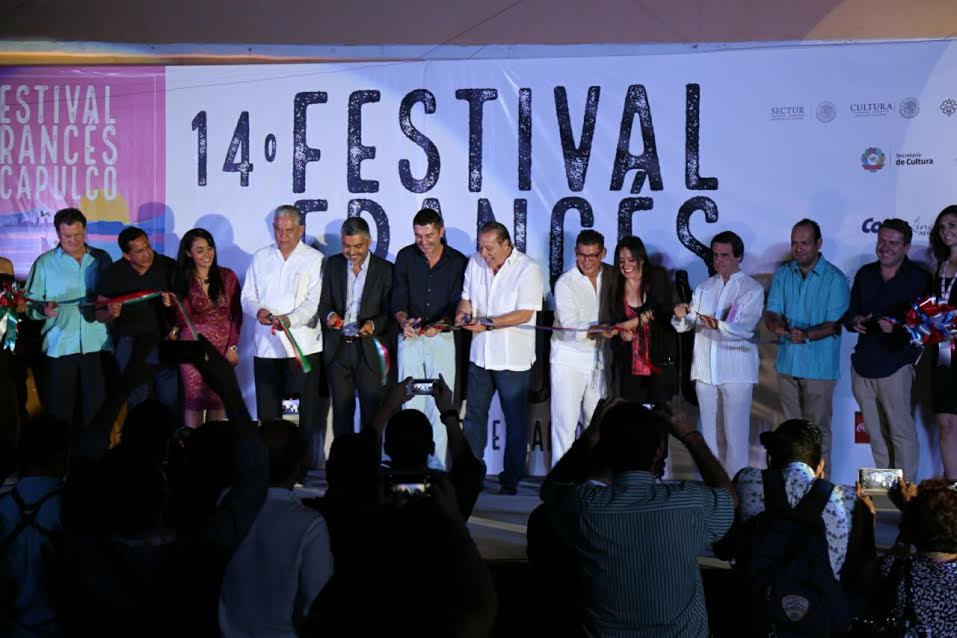 Festival Highlights French Food, Culture and the Friendly Relationship Between France and Mexico

Acapulco, the heart of the Mexican Riviera, celebrated Mexico’s close friendly relationship with France during the 14th annual Festival Frances, the French Festival of Acapulco. The event, which was held this year from March 9 to 12, and overseen by Karim Gilles Djellit, was a celebration of French culture, fashion, food, wine and art, in a melding with the best in local offerings.

On Thursday, March 9, the exhibition “Modern Latin American Art from the Collection of Museo Soumaya: Latitude Paris” opened at the Historical Museum of Acapulco, inside of the iconic colonial Fort of San Diego. The collection features works by great Mexican artists Diego Rivera, Julio Ruelas, Ángel Zárraga, Francisco Toledo, Juan Soriano, alongside the strident brushstrokes of Chilean artist Roberto Matta and Brazilian Emiliano di Cavalcanti. More than 50,000 people are expected to visit the exhibit which will close on June 18, 2017. The ribbon cutting had a host of stars and personalities who made the event possible, with Sergio Coronado, Deputy of the French Abroad presiding over the ceremony. A concert by the French musical group Folie Musette filled the evening air with music.

Festival goers were treated to a series of films: “Bastille Day” from the Eighth Eurochannel Short Film Tour. The city of Acapulco was the star during the IMCINE screening of the award-winning animated Mexican film “Tintico’s Afternoon”, a delightful story of mosquitos addicted to tropical music taking viewers to the beautiful La Quebrada de Acapulco, the beach resort’s famous diving site. Some other films featured included, “I Want, I Do Not Want,” directed by and starring Clovis Cornillac, and “My life is a Puzzle”, by director Cédric Klapisch with celebrated actress Audrey Tautou and Romain Duris.

With the Fort of San Diego as the dramatic backdrop, music and fashion combined on the catwalk during the Saturday, March 11th, Fashion show, inspired by the colors, climate and culture of Acapulco. French designer Sophie Massun and Mexican designer César Rojas, with the collaboration of Genoveva Álvarez, presented the Acapulco J'adore Collection. The evening culminated in the presentation of an air ticket to France to the winner of the 3rd DJ Competition, whose five finalists were selected in February in Mexico City’s Xaman Bar.

Local chefs and cuisine were highlighted in the CCGM and Mezcal Regulatory Council (CRM) conference Come to Eat, dedicated to local producers. The non-profit organization La Tablée des Chefs, based in Montreal and France, held a workshop aimed at preventing food production and preparation waste. Locals and visitors also enjoyed of the traditional Night of Flavors, a diverse gastronomic show highlighting the richness of Mexican and French cuisines.

The mélange of Mexican and French culture, cuisine, film, and art made the Festival Frances one of the most exciting events in Acapulco. For those who couldn’t make it  to the Festival, the art exhibit will remain through June 18, 2017 at the Museo Historical in Fort San Juan, providing several months to see this Pacific Resort as it says Oui to France.